THE VERSATILITY OF COFFEE PT 2. THE VERSATILITY OF COFFEE PT 1.

DRINKING, RELAXING BY A WARM FIRE

listen up all you jam hands!

It's young matt here and I have a mission for you! If you bring me a copy of a burned cd today (the twenty-sixth of january) I will personally give you one free coffee of your choosing. However, there is a catch!
You have to bring me a copy of calvin johnson's mix called

I have it at home so this is a one time offer. I need to listen to this so badly!
Come onnnn I know you guys have resources and internets, just give it a chance, what do you have to lose?

in my joy i would like to announce that we will be naming our love child
douglas matthew.. after our favourite gay couple in the whole east end
Posted by Mercury Espresso Bar at 1/23/2010 04:06:00 p.m. 1 comment: "The Wow! signal was a strong narrowband radio signal detected by Dr. Jerry R. Ehman on August 15, 1977, while working on a SETI project at The Big Ear radio telescope of The Ohio State University. The signal bore expected hallmarks of potential non-terrestrial and non-solar system origin."
This is a mystery of the universe. A signal that makes no sense, but potentially bears some form of consciousness behind it. Through examining and studying the Wow! Signal I have come to my own theory concerning whether or not it is a sign of intelligent life. I propose that it didn't come from outerspace, but rather from jaded coffee customers who have woken up too early for their own good. If you think about it, we've all been there. Waking up at 4:30 a.m. muttering letters and numbers that seemingly only make sense to ourselves.
For someone who sees themself as the Carl Sagan of the espresso biz, I'm working with a crack team of baristas/meta-physicists to crack and decipher what the Wow! Signal might mean. Latte for here? Extra shot? Who knows. We've tried our radio telescope in South America to try and beam similar messages to the sender in hopes of a clarifying response:

We've also tried to send them a wake up call by imprinting the basic fundamentals of life on earth and in our solar system on a golden disc, much like the golden disc sent out on the voyager spacecraft. Should someone come across it by chance, they could glean some knowledge of what it is like to be in the world and perhaps we will be able to further interact, lessening the confusion between us.

We even put johnny b. good on it.

So far, however, we have had no luck, just more muddled transmissions from Extra-Terrestrials/morning customers. With all of the other sources of confusion in the world (Miley Cyrus et al.) it's easy to feel why all of us in this espresso industry sometimes feel like a pale blue dot. 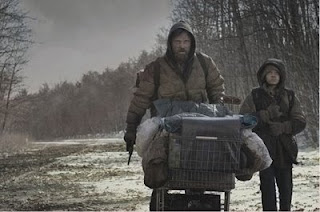 sometimes, when the world is cloudy, the sunrise looks like the apocalypse. No two vortices are the same so the math describing vortex movement is extremely complex due to periodicity, chaos and the fractal type structures witnessed there. The vortex is the means by which states of motion are transferred from one condition to another. Twin opposing electrical vortices are therefore the means by which the infinite variety of motions and their resulting physical forms manifest themselves in our Universe. Hi guysz, it'sd Mert and Nield here 1nce more to tell you thast we are having one jamminh new year here at mert's erepsso bar! this landscape of our fair city of toronto has changed vastly upon the last year or so so wer'e going to tell you about what's happenign! first we saw the opening gof our new rivla bar-> ice cream shop: Gary's! IT is located across the street and they serve our ice cream frflavoured espresso! Next down the road we got the new guys from new zelend "te air". These guys operate their new machine (wich they just bought) "air roster".

MErt's here, being my place of working, has added new coffeeee classes, so beyond the working class and upper middle clas. We have brought you! the public some opportunities- not- to- be- missed!!!!

I'm going to hand it over to Nield right nouw for some educations about what our coffes are like here at our salon, go nield1!!

Nield here! I;''m a guy i life to dfrink yerba mate here with the party of espresso roosters! we can win this coffee fight togehter right now: ethiopa yerchaffe off with some dark cittay coffee!! k thaxnks! have a nice 2010