Most of you know all about the upcoming renovations, right? On the 22nd we will be closed for a shop overhaul and we'll be returning on the 28th? Ring a bell? How about the fact that we're going to have a new espresso blend, geared specifically to our strict specifications? How about that one, huh tough guy? We haven't even filled you in on our biggest paradigm shift, because some might say that it's too huge. But here's the thing, I'm willing to let the cat out of the bag to you; the anonymous peope of the interweb.
You ready?
Once you hear it there is no going back.

WE SWITCHED FROM WINDOWS TO LINUX!!!!!!

I know, right, this is a huge shock!
It's tough to get used to, but I took about 15 minutes to familiarize myself with it and now I am a master.
Let me now regail you with the best Linux joke the interneat has to offer:

If anyone gives me a strawberry milk today I will give them a million.
Seriously, I just had the best soggy milk with my cereal and it was tinged with strawberry flavour from the disgusting dried strawberries and now I have the THIRST FOR MORE!!!!
Posted by Mercury Espresso Bar at 2/09/2010 06:46:00 a.m. No comments:

COME TO ME, SO THAT TOGETHER WE WILL SPEND ETERNITY IN THE ABYSS.
TODAY I AM ENCOURAGING YOU TO ADD NO SUPPLEMENTARY CONDIMENTS TO YOUR COFFEE. BY DOING SO YOU WILL BE EMBRACING THE DARK EVIL THAT IS COFFEE.

Hey there coffee connoisseurs!
This is Mumbles Mcgee and Boom Boom Box coming to you live from Mercury Sunday, where the best soul hits blare and the highest quality coffee flows!
Yesterday I didn't get a chance to get a word in about the Ikirezi Burundi Ngozi. Sadly for you guys, it's all gone! I bought the last bag. Sorry. But it was my favourite coffee on press in weeks! The earthy apple notes coupled with AJ's pretty face put a smile on my face all day! Hopefully we'll see that one again.

Today we're cupping some of the Kenya French Mission Varietal from Dark City. We're definite fans. There is a nice light, nutty earthiness with what I find to be a grapefruity citrusy spin in the aroma and aftertaste. Come try some or buy a bag for the folks at home!
Posted by Mercury Espresso Bar at 2/07/2010 03:22:00 p.m. 1 comment:

Aj just shared a french press with the delightful mumbles mcgee!
ikirezi, burundi, ngozi... is tongue twister indeed.. say that 100 times fast and you might fall over.. but it is delicious.. extremely smooth and easy on the pallet.. like me! i totally liked it, but i am yet to find something that tops the ethiopian yirgacheffe my new all time favourite EVER!
I drank it every morning last week at home in my polar bear pjs... and found a new best friend* no other can take its place.. except maybe YOU
Posted by Mercury Espresso Bar at 2/06/2010 05:32:00 p.m. No comments:

yesterday was garbage day. walking home from my morning jaunt around the block and such (physical activity, fresh air, natural anti-depressant and the like) i noticed that someone one my street had put out a palm tree with their trash.

actually, it may have been two palm trees in one pot for some reason.

anyways, this sort of thing is typical of my street. just last week i ate popcorn and sat in the window watching a high speed cop chase involving dogs and police officers (at least 20 of them, though sometimes it is hard to say, because they all look the same in uniform and especially from my window, and moreover when i am more focused on which piece of popcorn is going to come next, and further more, they all had their hands covering their faces because they were doing official things like communicating via their high-tech walkie-talkies). the chase ended well for the officers, in case you were wondering, because among their numerous ranks and with the help of their trusty steeds (dogs) they managed to find the one scrawny little fellow they were looking for. so the palm tree (or two). anyways the garbage truck that came to pick up the tree had three scruffy men driving, who waved politely at me as i concluded my jaunt, and actually, the truck was blasting cindy lauper's girls just wanna have fun. 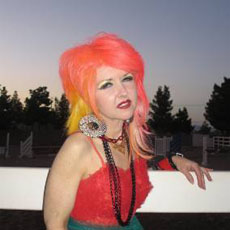 this led me to believe i had not yet had enough coffee, so i went to mercury (naturally) where i delighted in a cortado with our current featured single origin espresso (costa rica tarrazu!!!)

right so it did work, though, having a coffee. great idea. do it, seriously. see you soon!

did you know that in 1992, Wiarton Willie the groundhog died two days before groundhog day and they instead presented a decoy groundhog in a coffin with COINS OVER HIS EYES instead?
WOW!

Yeah, so happy groundhog day! Take those coins off your eyes and bring them down to the shop and grab a coffee!
Bye! 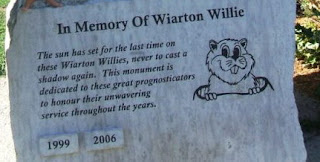